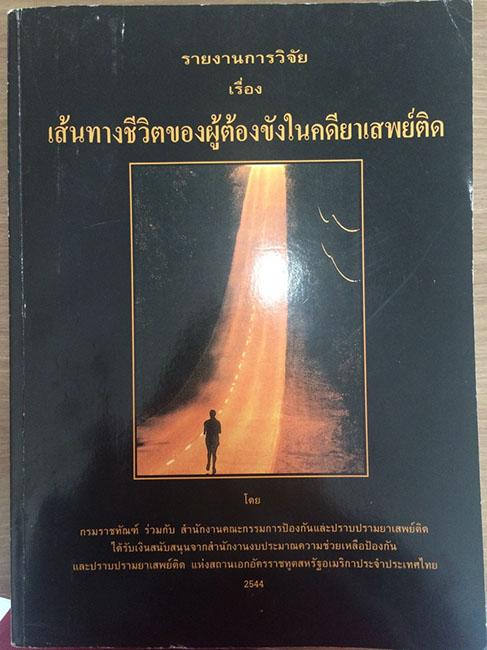 The objectives of this exploratory research was to study life career of drug offense inmates prior to their involvement in drug, pattern of drug involvement, continuity and discontinuity in drug-use and drug selling career, life in prison and their expectation for future life after released.

The data was collected by interviewing 365 inmates who were classified into three groups; the drug user, the minor drug dealer and the major drug dealer. The interviewed inmates were those who are in 17 prisons and correctional institutions located in each part of the country.

According to the study, it was found majority of drug users came from low socio-economic background and had family problems. They became drug user became of the persuasion from close friends. Majority of them relied on income from drug addicted and professional dealer. However, for female dealer, majority of them were