Change Management: a Case Study of the Work in Corrections

The radical changes in economic, social, political and technological aspects are all the key factors resulting in an organization management. Some organizations which cannot adapt themselves to their changing circumstances tend to be unsuccessful. The survival and efficiency of these organizations are obviously in difficulty. Therefore, it is undeniable that the readiness and adequate preparation for ‘change management’ are essential to the organization management these days.

Similarly in the correctional services, the corrections organization must adapt itself to the dramatic changes; otherwise it shall encounter various problems. The internal and external contexts of corrections have been changed substantially especially the changes in the characteristics of inmates, the human rights movement, the monitoring agencies, the technology advance and, last but not least, the political factor.

Looking back to the period before 2002, the total number of prison population rose to nearly 260,000 because of the epidemic of methamphetamine in Thai society. There was a total suppression policy accounting for the increasing number of inmates arrested. However, at that time most of them were drug users who did not pose any security and custody problems to correctional services. Later, when there was the enactment of Narcotic Addicts Rehabilitation Act 2545 (B.E.2002), the drug users would be transferred from prisons to receive drug treatment programs in rehabilitation centers. Accordingly, the prison population was suddenly decreased to 150,400 in 2002. Nevertheless, now, in 2011 the number of inmates goes up to approximately 220,150 again.

The crucial point behind the statistics is that the number of inmates increased to 220,150 in 2011 is not all drug users anymore. Conversely, most of them are large-scale drug dealers, and other people involving in the production and distribution of drugs. This group of offenders could be linked to the criminal networks which are very powerful in money and often cooperated with other criminal gangs whose members were also arrested to prisons. They have kept coming to prisons and been incarcerated for a longer period of imprisonment as they usually gain less privileges, i.e. the royal pardon and the parole, than other offenders. Because of this, the custody of inmates has become more and more burdensome. It tends to be worse when this group of inmates is often protected and supported by the human rights organizations and agencies. The prison officers have been falsely complained and investigated all the time. In other words, the offenders are criminals in wider society but become ‘hero’ inside prisons.

Combining to the advanced technology in particular the communication via mobile phone and internet, the typical prisons and inmate cells or even the isolated island in the ocean could not be used to take control of this group of inmates anymore. The prison walls could not terminate the communication in turn affecting the crimes committed inside prisons. Moreover, the ratio between prison officer and inmate is about 1 to 80 or 1 to 100 in correctional facilities. Consequently, nowadays it is very backbreaking for prison staff to survive in the daily custody of inmates.

The fact is that the characteristic of inmates has changed, from the typical drug addicts to the influential drug dealers and important criminals who are sometimes called ‘hard-core inmates’, but our prisons are still following the same traditional approach to the custody of inmates who are now the hardcores, not the drug users. This situation has simultaneously occurred when there is a human rights movement and the development of high technology while the way to deal with the inmates in custody is still the same. To put it simply, it is liked we ‘use a tiny chicken cage to detain a tiger’. When the prison officers do not have the proper mechanism and the number of prison staff is not adequate to effectively confine the inmates, some officers decided to ‘do nothing’ and some of them involved in a corruption.

Therefore, the necessary element to replace the old style of custody with the appropriate confinement of new generation of inmates is the modern type of prison in terms of geographical and custodial matters. The new correctional facilities must be designed specially to manage the inmates with the highest level of security which can efficiently stop the communication from inmates to commit crimes. Eventually the reasonable answer is the ‘Super-maximum Security Prison’ or shortly called as ‘supermax prison’. 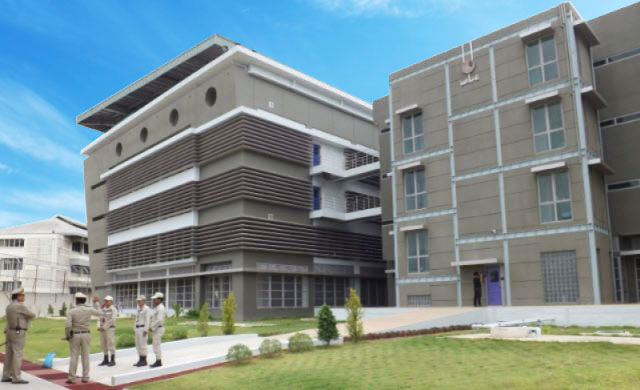 The supermax prison can be intelligently designed to have special prison buildings and geographical areas which need only some prison officers to work inside, but can take control of many inmates efficiently by the application of high technology, particularly the cell phone signal blocker/jammer devices, the Closed Circuit Television: CCTV cameras and the high-voltage electric fences to prevent inmates from escapes.

The major activities inside the supermax prison are reading and writing books, doing art, meditation and playing sports. There is no vocational training or any activity which needs to order the raw materials or instrument from outside, in order to avoid the massive search of the materials for contrabands, as well as the entertaining activities since the supermax prison focuses mainly on the custody of inmates.

Inside the supermax prison, there are segregation cells for inmates who broke the

prison rules and regulations, away from other inmates. The buffer areas are included in both internal and external walls to prevent the escapes and do not allow irrelevant people to disguise themselves to enter the perimeter and throw the contrabands over the wall because they are the large empty outdoor zones divided by the metal fence net in different layers.

The supermax prison, separating the custodial units of inmates into many areas, does not allow the inmates to have a chance to contact with the inmates in other zones. By doing this, they could not learn criminal behaviors from each other. More importantly, the inmates will be ultimately forced to lose the contact with other inmates which could in turn terminate the criminal network. Furthermore, the supermax prison will enhance the efficiency of prison staff in terms of custodial practices because the clear separation of areas could avoid the direct confrontation between the staff and inmates. Also, its design of building and the application of high technology could break off the contact from the people outside.

cost in its construction and long-term maintenance. Nevertheless, this type of prison is suitable for only some kinds of inmates, especially those high influential, hard-core drug dealers and the hard-to-control inmates as well, while other types of inmates could still be incarcerated in the ordinary prisons which have various levels of security: maximum security, medium security and minimum security prisons consecutively.

A question might be raised about the reason why there is no any preparation for its construction if the supermax prison is absolutely necessary to deal with the change of inmates’ characteristics. The precise answer is that it depends on the ability of the executives of Department of Corrections to persuade the government and political party of the need for its necessity. It is crucial to strongly insist on the fact that the construction of supermax prison is more important and needed than the building of prisons and correctional facilities in the provinces where those politicians are the representatives. Also, it must be noted that the problems and challenges in Thai correctional services are mainly in Bangkok and surrounded provinces. Because of this, the new prisons should be constructed in these zones, better than in far away provinces where already have some small correctional establishments. These small prisons can still efficiently imprison the inmates although their buildings might be old and decayed because of the fact that the inmates in these prisons are not dangerous and easier to control.

Besides, one of the crucial aspects of change management is to counteract the political influence. If we can have the prisons in surrounded provinces of Bangkok to detain convicted inmates from prisons in Bangkok and, at the same time, change all immense prisons in Bangkok, for instance, Bangkwang Central Prison and Klongprem Central Prison to the remand prisons as they are all situated in the urban area, then there will be less transfers of inmates from top five big prisons in Bangkok to prisons in the small provinces. By doing this, the assimilation of prison cultures will not be happened and the inmates will not be able to gain their power and expand the influences in the small prisons. The inmates will be, therefore, classified when they firstly enter to prisons.

While the development in correctional personnel must be emphasized on the new skill of prison staff which is the capability to classify, investigate and prevent the crimes and criminal network behind bars, the prison administration must be also changed to be more undisguised and willingly to accept the participation from all parties. In other words, the new era of corrections must be visible and transparent, just like ‘a golden fish in a glass bowl’. The Thai corrections must be ready to be investigated and step up to the next generation of correctional world by walking side by side with the changes in society and the inmates’ attributes.

In conclusion, the work in corrections is another example of agencies which could not adapt themselves to the rapid changes in particular the lack of change management. More specifically, it is necessary to eliminate the political interference in the preparation for the construction of the new type of prison to be ready for the custody of the inmates in a new era. Additionally, there are also many changes in the increasing human rights movement, the more intellectual and richer inmates, as well as the rising criminal network inside prison walls. These changes are, therefore, the impulses for prison staff to adapt and update their way of working to catch up on with those changes. It is also crucial to note that now the advanced technology in a communication could help the inmates to keep contact with the outside world which is also another major reason why the change management becomes apparently inevitable for the corrections organization. 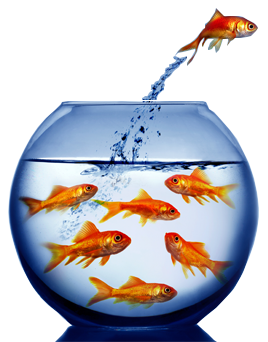