The library today has changed its form and role, different from the library in the previous era. In the past, the library was a place for keeping books and materials for use, managed by the librarian who was also there to help the people coming to read and borrow books. The physical appearance of the building was very solemn and orderly. Besides, its atmosphere was extremely quiet. In contrast, nowadays the library has considerably transformed from these characters into the new look in terms of appearance, function and services. Thus a university library and public library in rural area can be found completely different from one another.

The prison library is likewise. As its attribute is different from other kinds of library in terms of social contexts, therefore it has a unique purpose, role and style unlike libraries outside the prison. From the objective of the library that focused on the source for education, this has been transformed into a new prison library for clients. It changes from the library as the bookshelf and occasionally hidden place for inmates to become a lively library with activities, conversation groups, and a place where inmates can listen to the books through the narrators telling stories and contents of books, such as the social workers or even fellow inmates. Through the blended use of library resources, new emerging library focuses on changing inmate lives and recidivism hindrance because the life-changing library is created on the basis of strong belief that ‘only one book can change one’s life’. 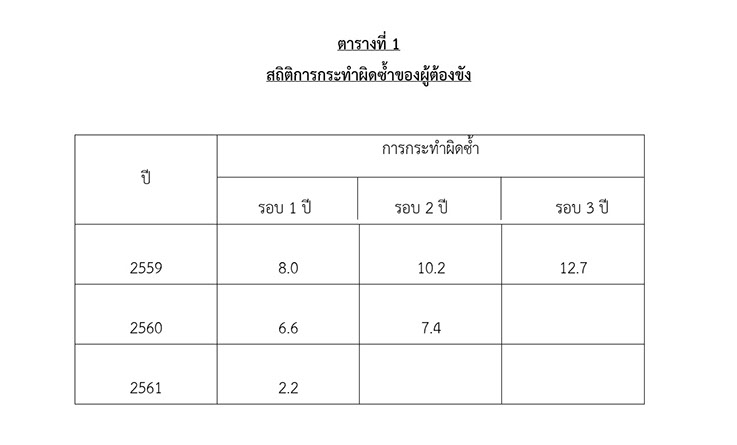 The new type prison library has already taken place in Uthaithani Provincial Prison, which is a library where inmates are able to fully utilise it.  Uthaithani Provincial Prison, nearly a 100 year old prison, is not merely the prototype prison for applying the treatment of women prisoners in accordance with the United Nations for the Treatment of Women Prisoners and Non-custodial Measures for Women Offenders (the Bangkok Rules), but this provincial prison differs from other libraries or known as the " Life – changing Library” It is called “Life – changing library” because it may change inmate lives after release.

Life-changing library is designed differently from general prison libraries. Most prison libraries have very few inmates visited due to the restrictions on the prisons organization, library access, and limited borrowing of books to read outside. Inmates themselves are not interested in reading much. Because the library seems like a book storage and lack of lively activity that encourages people to read books. yet, this life-changing library is designed to be a library where inmates can literally make benefit from. It includes pre-release activities that will incubate inspirations for inmates to change themselves, and happily return to society.

This prison library is also different from general prison libraries in the aspect of book classification, which is based on various disciplines. At the life-changing library, there is designed to be categorized into five trees. Each of which comprisesessential story for the inmate to return to society i.e. family tree, career tree, vocational skills tree, meditation and wisdom tree, and environment and habitat tre. Each aspect attains the story necessitated for inmates to learn or absorb the deepen feeling and lastly to create inspiration in order to change themselves. For instance, the family tree has a story about mother. Song of mother or impressive images that inmates will participate in related activities, such as writing a letter to their mothers, writing essays about love, impression and what they wish to do for mothers. 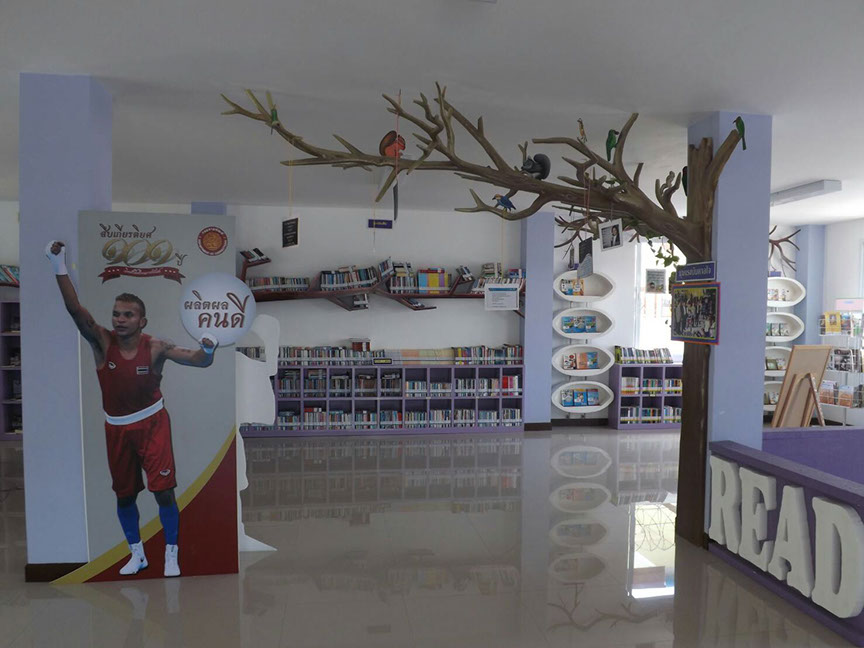 The “Career Tree “is a source of information where inmates participating in the "SME behind the Wall" training program can utilise. The "SME behind the Wall" project is considered as a comprehensive training programme for inmates to pursue independent careers after being released. From practicing a career in prison to pre-release preparation, inmates are given education regarding the selection of the business location, investment, business management, life skills training, and marketing counseling service in their post-release. As such, the “Career Tree “provides the information to inmates for researching on their assignment given by the teachers to reinforce the readiness in return to society and develop the inmate lives. Furthermore, the “Meditation and Wisdom Tree” is the source of information for inmates who attend a spiritual education program and the “Family Tree” is a source of inspiration for inmates and creates strong ties with their families.

Health Tree is the source of physical and mental health information. Physical health encompasses educating people about how to avoid risky behaviors leading to the incidence of disease, and living habits which negatively affect health. Regarding the mental health, it is a matter for psychologists to use this library. Psychological and mental health tests of inmates is for providing the mental care programs for inmates in difficulty and organizing activities to increase the Psychological Capital (PsyCap) among other inmates. In addition to using group activities, it also includes researching "Quotes" or inspiration from books in the library to strengthen self-confidence and positive thinking, which is a significant Psychological Capital (PsyCap) for inmates. 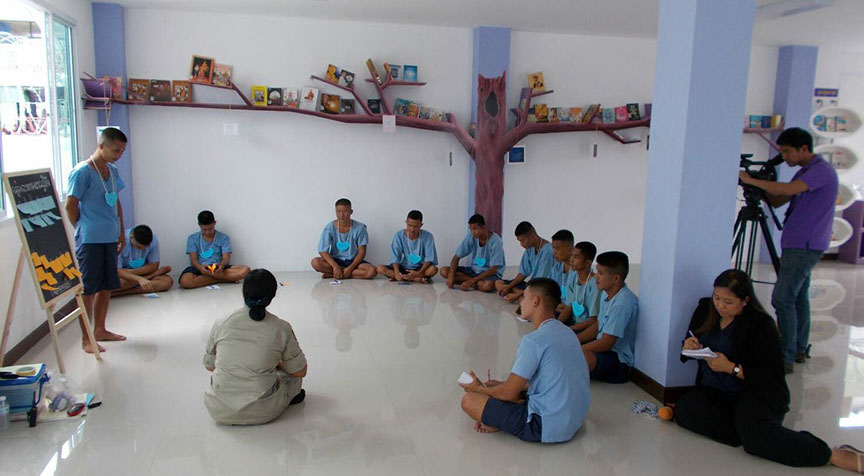 In fact, this library is not just "Life-changing library" but instead it is the "living library" in which inmates would like to use the library service, read books, write books and attend activities. Importantly, the library also has a source of inspiration and their idol former inmates, who have been released and came to prominence in society such as many celebrities, many of whom had been convicted before, but came out with fame. This includes many boxers who became world champions after boxing training in prison. In addition, inmates also may find various "quotes" or "proverbs" in this library. Sometimes, just one touched and meaningful quote could be the inspiring power to change his or her lives. Therefore,The life-changing library is not for reading only. It is the place for arranging behaviour alrehabilitation programmes such as "sex offender programmes" are implemented here to understand and manage sexual behaviour based on gathered information from various trees. This aims at nurturing immunity to inducements, attitude adjustment and motivation to change behaviour.

The library is also used for organising pre-release activities before release in accordance with the utilization from the resources available in the life-changing library e.g. searching for inspiration from five trees in the library. Yet, the inspiration to think well is just not enough. It will also have to make what they think happen. There are some training courses aim at creating "Dreams come true" happenings through activities such as lectures, meditation, group seminars, relatives meeting and career training. All activities turn the idea to the real life change after their release. 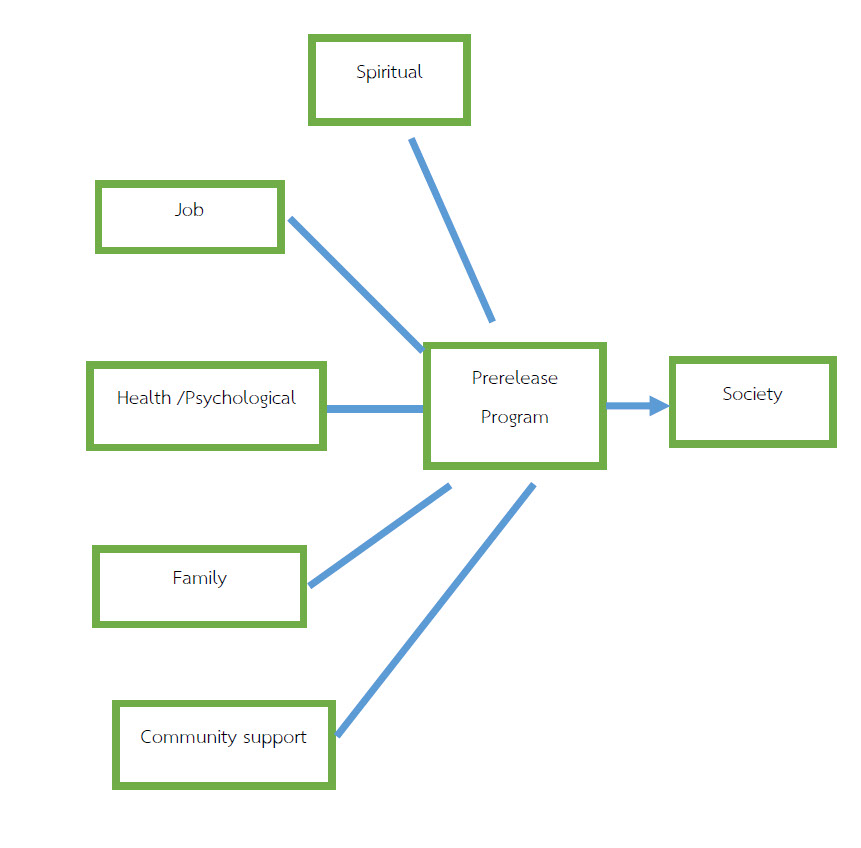 In summary, the futuristic library in prison should be adapted to the context and purpose of prison, which focuses on preparing the offenders to return to society without recommitting new crime. Thus, the library should not be just a place for reading and borrowing books, but it should be a place where inmates come to use the services and get inspired to change their lives. The subjects of library books should relate to prisoner rehabilitation programmers. The aforementioned prison library has already taken place at Uthaithani Provincial Prison in Thailand. 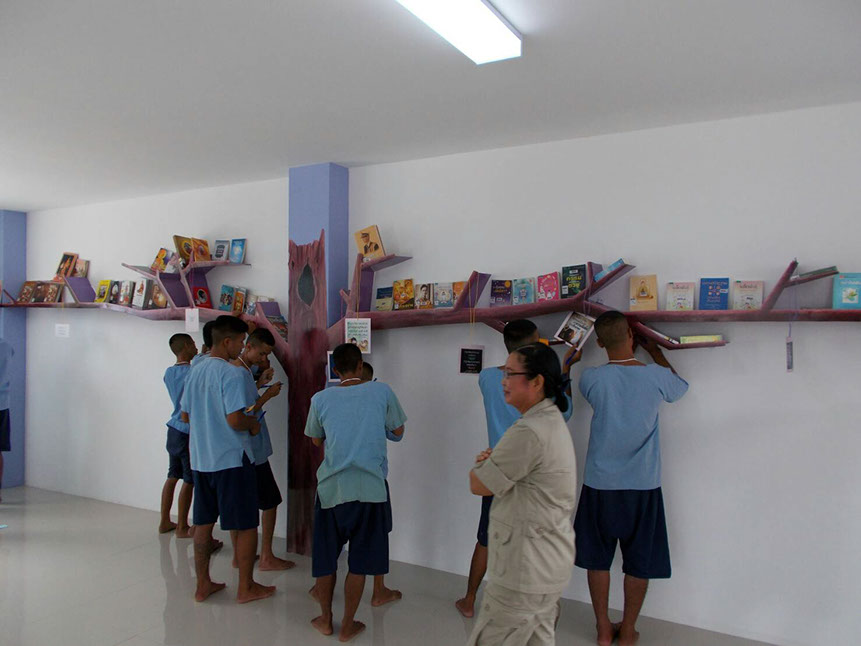