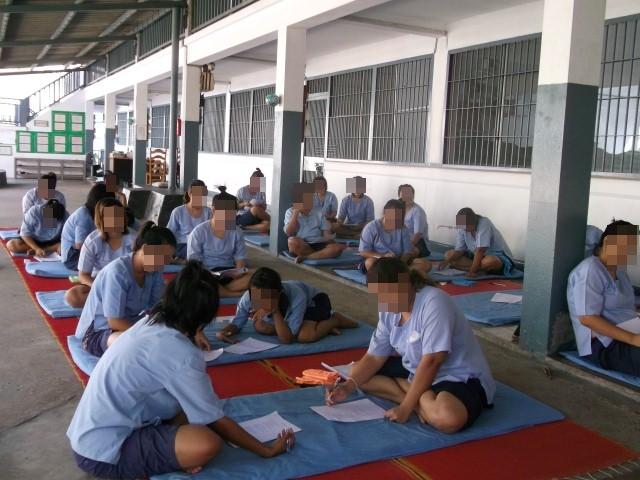 Thailand is generally considered as one of the countries which have the large number of women incarcerated in prisons and correctional institutions. According to the 2011 World Female Imprisonment List of International Centre for Prison Studies (ICPS)[1], comparing to other nations, the total number of women in Thailand’s prison system ranked fourth with 29,175 inmates (of all 224,292 prisoners in the country), following the United States in the top list (201,200 inmates), China (84,600 inmates) and Brazil (35,596 inmates) which were in the second and third places respectively. Moreover, in terms of the proportion between male and female prisoners, it was found that the percentage of female prisoners in Thailand was about 14.6 and was ranked number seven in the list of countries having the highest percentage of female prisoners

The reason why there have been many women behind bars in Thailand is that in the past 15 years the number of women committed crimes has been dramatically increased, affecting the prison administration and the treatment of female prisoners directly in particular when the prison settings and physical conditions of most facilities were designed for a group of male prisoners who have dominated Thai prison system for a long time. To illustrate, the prisons and correctional institutions for men in many provinces initially had a small separate unit to keep the women in custody at the total capacity of about 30 – 60 prisoners in each prison but in reality nowadays its figures might rise to 200 – 300. Therefore, the same old prison settings do not have enough space to incarcerate the increasing female prison population. Besides, the former treatment and rehabilitation programs provided to the female inmates seem quite inadequate. Although there are various new female correctional institutions or more units built for female prisoners, it is obviously that they are still not sufficient.

As the female prisoners are detained in an overcrowding place designed for men, there are, therefore, some real difficulties. For instance, the female inmates apparently lack opportunity to gain access and participate in various rehabilitation programs: education and vocational training, religious and mental development programs, pre-release program and so on. Comparing to the male prisoners, they have their own specific areas, i.e. the education and vocational training units, the prison canteen and a central area for doing some physical exercise and other activities. It is clearly seen that the rehabilitation programs and treatment activities for female prisoners who are incarcerated in men’s prisons are inadequate. At present, 68 men’s prisons have their own zones or units specially separated for the custody of female prisoners. Among these, 9 of them have the permanent and complete buildings. Furthermore, there are 8 female correctional institutions which are establishments for women in several parts of Thailand. 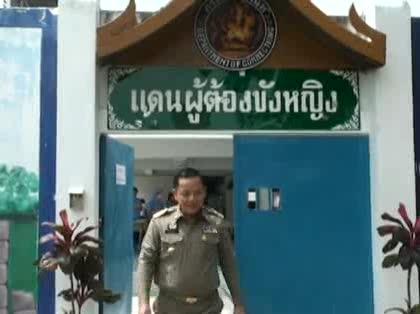 Although Thailand has various women’s prisons situated in different religions of the country to provide the female prisoners with the same level of appropriate and meaningful treatment programs as of male inmates, there are also some obstacles. In the first place, it is argued that female prisoners must be sent to the correctional facilities far away from their homes, creating difficulty for them to keep contact with their families and children because of the huge travelling expenses which can cause negative impact on female prisoners and the relationships within their families, in particular the ongoing development of young children. In addition, in case of the pregnant inmates and prisoners with the babies or young children, they do not want to be away from their children. Therefore, the prison authority has to set the special programs for taking care of prisoners’ babies and the children residing in prison, as well as the programs for the mothers behind bars at the same time.

Apart from the obstacle to the custody of female inmates, there is also a serious challenge in terms of the shortage of female prison officers since the total number of female prisoners has been increased but the government, on the contrary, does not have any plan to increase the manpower for the public sector. More importantly, some of the female officers do not perform the custodial task of female inmates. In fact, approximately 70% of them work in the office building, doing some administrative jobs, such as dealing with the finance and accounting as well as producing paper documents. They are normally used to replace the understaffed male officers who have to work inside custodial units. Consequently, there are only about 2 – 4 female staff working in a female unit within men’s prisons where more than 100 female inmates are detained. In some large female inmate units, there might be 7 – 8 female officers working in a 700 – 800 inmate unit. Under this circumstance, the female prison officers have to work in genuine hardship, with difficulty and at risk for catching numerous diseases behind bars. On top of that, it seems very hard for the female staff to have a chance to launch any treatment programs to develop and rehabilitate the female inmates because each day they must spend most of their time on keeping the inmates in custody without prison riot and escape. As for the rehabilitation programs, they tend to be done by outside people to help the prison officers.

It is believed that the reason why the number of female prison population in Thailand has been gradually rising year by year is that the women tend to be tricked or lured into a drug trade. Presently, about 82% of all female inmates are drug-related offenders, while 65% of total prison population in Thailand committed crimes against the Narcotics Laws. According to many studies, it is found that most of female inmates are first-time offenders, small-scale drug dealers, and committed crimes due to their necessity. It seems that the female offenders did enter the cycle of drug crimes because of being tricked. In other words, they are both ‘criminals and victims’ at the same time

Another reason causing the large number of female prison population in Thailand is that there is no effective measure for providing alternatives to prison in Thai criminal justice system. Consequently, it is seemingly unavoidable for the female offenders to be continuously sent to prisons or correctional facilities. In fact, even when the laws allow using the alternative-to-imprisonment measures, for example the probation and the detention in other places where are not prisons/ correctional institutions under the Criminal Procedure Code, section 89 paragraph 1 and 2, these practices have not been adopted seriously or often used. As a result, there is a trend in an increasing number of female prisoners in prisons every year.

The lack of widespread implementation of the alternatives to prison comes from the fact that the wider society and people in criminal justice system do not truly understand and realize the crucial importance of these measures for providing the female prisoners with special treatment due to the limitation of custodial settings, the physical differences and the social roles of men and women, particularly the pregnant inmates and female prisoners who have to raise their young children in prison can be treated poorer than the standards which apply to the treatment of male inmates. However, in Thailand it was a gracious kindness of HRH Princess Bajrakitiyabha who initiated ‘Kamlangjai Project’ to give considerable assistance and provide development opportunity to female prisoners while they are behind the prison wall and also those prepared to be released from prisons. This project has been formally established in many prisons and correctional institutions nationwide. Furthermore, HRH Princess Bajrakitiyabha also started a project called ‘Enhancing Lives of Female Inmates: ELFI’ to raise the standards for the treatment of female prisoners. The ELFI is an international project which can trigger the worldwide change in the insufficient standards on the treatment of female inmates. It should be noted that these standards are very crucial and necessary as the UN Standard Minimum Rules for the Treatment of Prisoners have been created for more than 50 years. Obviously, there are some parts of the minimum rules which are outdated and inappropriate to the world today. More importantly, they cannot respond to the basic and specific needs of female inmates. Because of these, HRH Princess Bajrakitiyabha had initiated the idea to develop the Draft UN Rules for the Treatment of Women Prisoners and Non-custodial Measures for Women Offenders which were finally approved and adopted by the 65th United Nations General Assembly. The UN Rules for the Treatment of Women Prisoners and Non-custodial Measures for Women Offenders are usually known as the ‘Bangkok Rules’ which were named by the place where the rules were developed.

Overall, the Bangkok Rules have 70 rules and aim to set the international standards for the treatment of female prisoners. By doing so, many general guidelines were suggested, including the topic of the prison administration and management of the care and treatment of female prisoners, the topic of specific types of prisoners in particular the classification of inmates, the treatment programs for female prisoners committed different offenses, i.e. the ethnic minority groups. Considering the non-custodial measures for female prisoners, there are 10 rules, starting from rule no. 57 – 66 which cover measures for female inmates who committed non-violent crimes or have some physical conditions inappropriate to be imprisoned, such as the female juveniles and the pregnant inmates. The last part of the Bangkok Rules is about the research, planning, evaluation and the campaign for raising public awareness which are very significant for Thai society to understand the significance of the rules and to participate in the reintegration of female prisoners. In this final part, there are 4 rules which are rule no. 67 – 70. 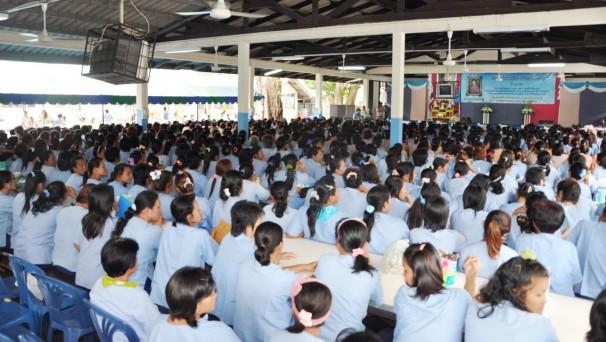