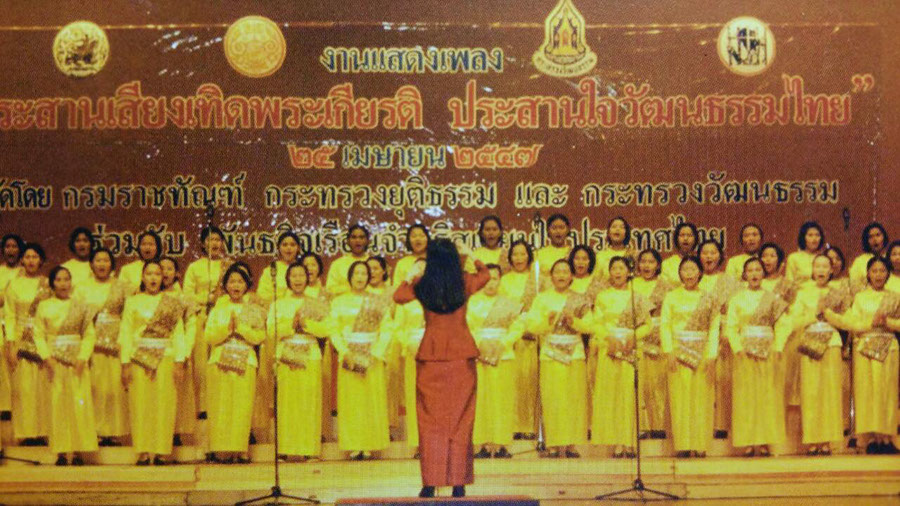 A Musical Therapy in Prison

Music has a powerful effect on human’s mind, body and soul. Therefore, undoubtedly, music has been used in therapy and the development of human mind for a long time. The former Chinese and Arabian Emperors enjoyed watching dancing and listening to music during their meals as the performance could improve pleasant atmosphere. These days, music has been adopted to various medical therapy programs, for instance, Brain Waves, Breathing and Heart Rate Stroke of Mind, and so on.

However, in a social world it is believed that music has played an important role in changing and healing the mind of people, especially those who are hopeless to become mentally strong enough to keep going in their lives. In addition, music is normally used to arouse emotion of human psyche and give wholehearted support, such as in sport competitions.

Similarly, in prisons the role of music for inmates to practice and sing in the choir could be, therefore, considered as the new and different dimension. It is not only the lyrics which could enhance the mind strength of inmates and in turn become the decent citizens, but also the state of leisure and gentleness which could make the inmates relieved at their stress while in prisons. Consequently, it tends to be a positive and beneficial aspect to have a prison choir behind bars.

As part of its rehabilitation program, in 2002 the Department of Corrections in cooperation with the Christian Prison Ministry Foundation (CPMF) of Thailand set up the first inmate chorus band in the country. Since then, the choir has achieved satisfactory progress by performing at many royal and charity concerts and gaining the great admiration of music-lovers.

The first performance was shown by a group of 150 singers at the Thailand Cultural Center to celebrate His Majesty King Bhumibol Adulyadej’s 75th birthday anniversary on December 5, 2002. Then, in 2004, the Department of Corrections collaborated with the Ministry of Culture and the Christian Prison Ministry Foundation of Thailand to organize a gala performance by the prison choir to celebrate Her Royal Highness Princess Maha Chakri Sirindhorn’s 48th birthday. The Princess herself presided over this concert much to the joy of the singers and the audience.

On December 16, 2004 the first concert was performed by inmates from the Central Women Correctional Institution, the Women Correctional Institution for Drug-addicts in Thanyaburi, Thonburi Women Correction Institution and  Nakhon Pathom Central Prison. To celebrate the 30th anniversary of diplomatic relations between Thailand and China, the second concert was held again on November 15, 2005. For the first time, a group of Chinese singers performed together with the Thai prison choir. Both concerts were held at the Thailand Cultural Center. Interestingly, the second concert is considered as a momentous event in which there were approximately 400 inmates from four correctional institutions to sing in the choir.  In fact they did not have any chance to practice together before the show as they were from different prisons. Therefore, it is recognized as one of the biggest prison choirs in the world record.

Since then, the prison choir has had many opportunities to perform the concerts and show their singing talent. Accordingly, the musical therapy in Thai prisons has been well known and widely accepted among Thai society.

The choir in prisons could make inmates eventually realize that they are worthy people. In the past, they tended to believe that they were meaningless but now they can appreciate their own real values, especially when they get the warm applause from the audience. They have gained self confidence and encouragement to reintegrate themselves into their communities since they believe firmly that if they do something good, the society will always accept and willingly welcome them. More importantly, both music and singing exercise are a useful approach to help inmates and prison officers develop their relationship and cultivate a positive attitude among them.

The inmates believe that the participation in the prison choir can alleviate their state of tension and allow them to control their own lives. Many of them found that their lives in jail have been positively changed. They would like to thank the program because through music they have discovered their inner strengths and are now determined that they will never return to drug abuse. Some convicts said that they feel so fresh, and their days in jail have passed very quickly. They would pursue a singing career after their release from prisons.

Nowadays, the inmates are very focused on the chorus training. It is obvious that their time in prison has been spent more valuable, particularly when the inmates have a chance to perform the prison choir in public, they are extremely concentrated on the singing exercise.